As a child, I was tenacious and unwavering when it came to decision making. All it took was a split second for me to conclude what it was that I really wanted. Then why is it that my child has trouble deciding the most simplest of things? Wasn’t this kid supposed to be a tough cookie like her mom? Why does she struggle with decision making?

I always admired my mother’s unyielding ways of conquering her imperfections. From what I heard, she was a bully in all sense. A terror in her neighborhood. Apparently, kids split when they saw her down the alley. As an adult, she was just as tough but had perfected the art of winning people over with her warmth and charm. No longer the oppressor, she chose to help the oppressed.

My admiration subconsciously led me to be that person. The one who absorbs other’s emotions like a sponge; wanting to tackle their battles for them. Which brought me to my latest endeavors. My child’s ongoing conflict with disconnected self perception and compartmentalizing her emotions; basically knowing what it is she wants from herself and others, without mixing it with the wrong sentiment. Making the right choice, at the right time.

Every time she came home disappointed, I felt sad for her and sometimes I could not help trespassing my boundaries as a parent and taking a stand for her instead. That! That, right there, is where I went wrong. It’s where a lot of us are going wrong with this generation. That’s where we need to flip the switch and do what our predecessors did. Let them take the reins on their own situations.

Here is a list of things to keep in mind when dealing with a child struggling to fight their own battles in life.

Ultimately, I realized that I’m not inspiring but forcibly moulding my child into me; into a fighter. I still struggle to discipline myself but I try to let her flourish as a pre-teen as only god knows how hard the teenage storm may be, up ahead. Often times, I encourage her to just vent, maybe punch a kid or two. Clearly, that’s not happening but what a blessing it is to have a calm and gentle soul as your offspring. She calms the storm inside me at times; well, she’s also the one mostly stirring it too.

Do you have a child who is in constant turmoil due to the conflict residing within? 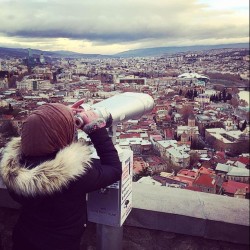 Latest posts by saharsid (see all)